Bayat-1 Power Plant, To Be Built In Jowzjan Province Will Supply Enough Electric Power For More Than 1,000,000 Afghans and Businesses 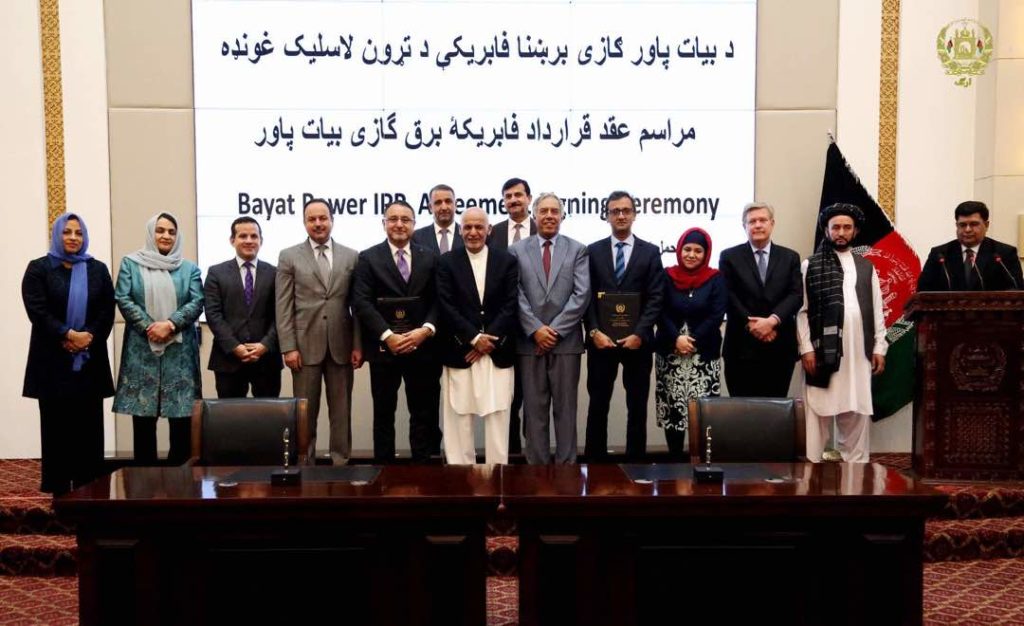 During an official signing ceremony presided over by President Ashraf Ghani of Afghanistan at The Presidential Palace in Kabul, His Excellency, Aman Ghalib, CEO of Da Afghanistan Breshna Sherkat (DABS), of Afghanistan, and Dr. Ehsan Bayat, Founder and CEO of Bayat Power, signed the final GIRoA-Bayat Power-1 Power Purchase Agreement (PPA) and Implementation Agreement. The signing ceremony was attended by many high ranking governmental officials, including Dr. Mohammad Qayoumi, Senior Advisor to The President for Infrastructure, Mr. Ajmal Ahmady, Senior Advisor to The President for Economy and Banking, Mr. Eklil Hakimi, Minister of Finance and Ms. Nargis Nehan, the Acting Minister of Mines and Petroleum. 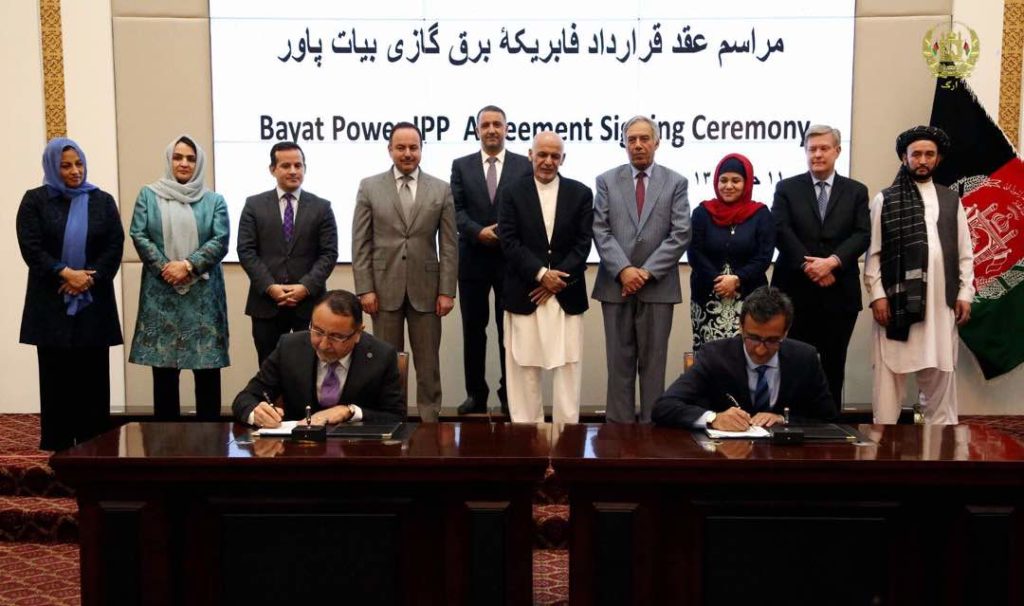 The Bayat Power-GIRoA PPA, authorizes the sale of 40 MW of electrical generation capacity —enough power for 1,000,000 Afghans and businesses—from the Bayat Power-1 Plant to The Government of Afghanistan. The electric power generated from Bayat Power-1 will be distributed through Da Afghanistan Breshna Sherkat (https://main.dabs.af/) (DABS), Afghanistan’s National Power Company. 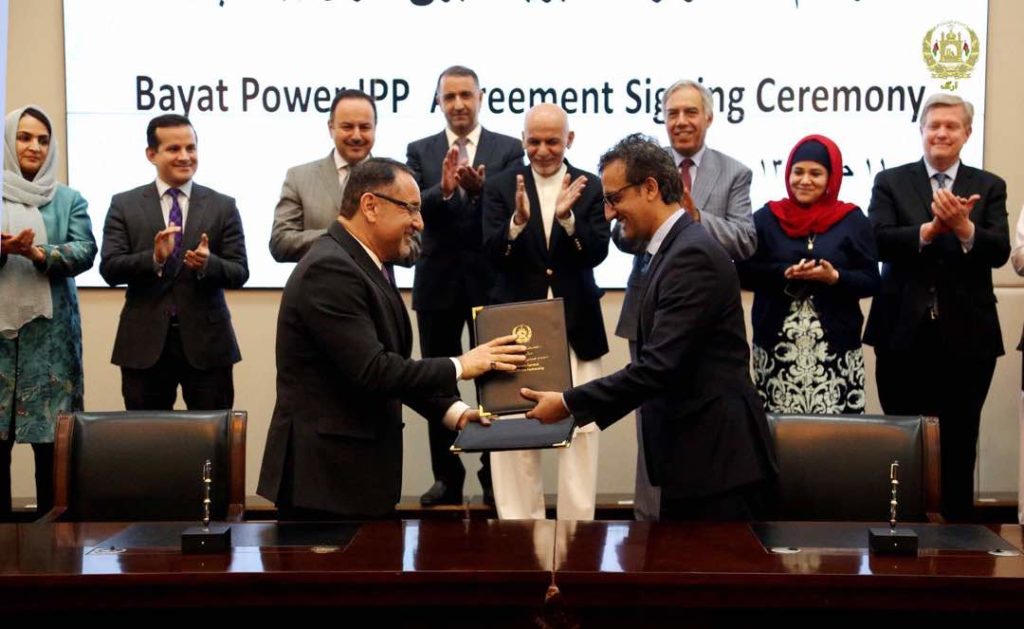 The approval of The Bayat Power-1 Power plant, together with Bayat Power’s Power Purchase Agreement with the Government of Afghanistan—the first ever Gas to Power PPA concluded between an Afghan-owned energy producer and the Afghan government—provides both parties with important advantages, including:

Bayat Power-1 will generate power using a series of advanced Siemens SGT-45 mobile turbines, which are designed and manufactured in Houston, Texas. The construction and operation of Bayat Power-1 will help create scores of jobs in America, and also, a future of energy independence for Afghanistan.

“This final approval for the construction of Bayat Power-1, together with the execution of our Power Purchase Agreement with the Government of Afghanistan means that we can now provide power to an additional 1,000,000 Afghans and businesses,” said Dr. Ehsan Bayat, the Founder of Bayat Power and the Chairman of The Bayat Group (www.bayat-group.com).

“We are thankful for the support of the Afghan Government and for their assistance in developing the nation’s natural resources,” Dr. Bayat said.

Bayat Energy is Afghanistan’s leading Afghan Owned Oil and Gas exploration, Development and Production Company. Founded by Dr. Ehsan Bayat, the Chairman of The Bayat Group (www.bayat-group.com), Bayat Energy is a division of The Bayat Group of companies, which include Afghan Wireless (www.afghan-wireless.com) Ariana Television and Radio (www.arianatelevsion.com), and additional Construction, Consumer and Logistics Enterprises. Learn more about how Bayat Energy is building an Afghan energy industry which will provide affordable, accessible to the Afghan people by visiting our website: www.bayat-energy.com